My new solo comedy show Kids In The Kitchen opens tonight at The Factory Theatre, Marrickville for the 2017 Sydney Comedy Festival 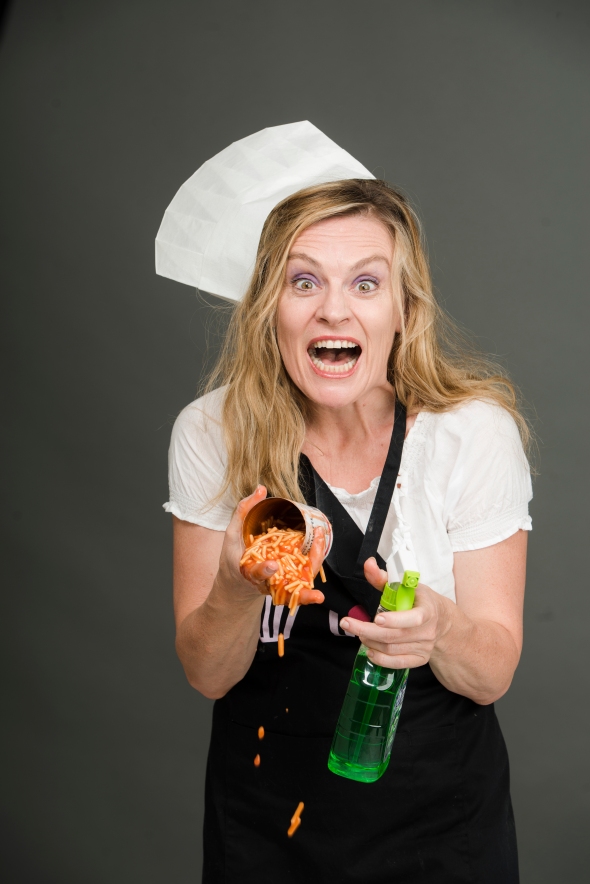 Anxiety, paranoia and sheer terror are all the right ingredients for a successful performance. Tonight I’m performing my solo stand up comedy show ‘Looking For Mike Brady’ for the 2015 Sydney Comedy Festival at the Enmore Theatre and I can’t wait to meet my audience, if not my future husband.

With one week to go before my Sydney Comedy Festival solo show opens I’ve started having my regular nightmares. In the latest one I am backstage at the Enmore Theatre (the venue for my current show), which then morphs into a Wembley Stadium size venue, and for the rest of the dream I embark on a Spinal Tap-esque hunt for the stage I am going to perform on. In the back corridors and bowels of this massive arena I meet footy players, rock stars, roadies, other comedians and officials and I ask every one of them if they know the way to my part of the venue as, “I’m on in five minutes.” Everyone ignores me or laughs in my face as I grow more and more anxious because I know I have an audience, I just don’t know where they are. Every time I wake up thinking that I am late for my show or that I’ve forgotten to get to the venue, I have to look at my phone to check the date and time. It is always around 2.30am.

When I was at acting school 20 years ago, my regular recurring dream was being back stage and other actors coming up to me and laughing in my face because I’d put the wrong make up on for the play we were in. Then one grotesque looking actor would snatch the script from my hand so I had no idea which play we were performing.

I guess the recurring anxiety about my show means I give a rats about the outcome. So please come to my show, I promise to turn down the volume on my neurotic brain

One month today I’ll be performing at the Enmore Theatre for Sydney Comedy Festival in my solo comedy show ‘Looking For Mike Brady.’ My show is all about what a hot catch I am for a wealthy architect (not really). Without an audience I’m not that funny (ask my children), so please come and see my show, it is yet another of my finely researched single mother get rich quick schemes.

Bring your best friends, good looking architects and Sam the Butcher, I’ll be at The Enmore Theatre for two nights, Wednesday April 29 and Friday May 1 at 9.30pm

Come along and see me act like a silly person on stage.

You can book tickets at: http://www.sydneycomedyfest.com.au/

I keep thinking you're sitting on the fence & you're going to come through the cat door any minute. We miss you 💔